Apple passes Microsoft as most valuable technology company - And rightly so 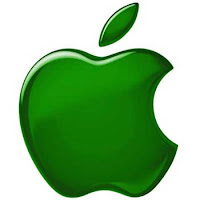 MADRID
Last Monday morning saw me, under a flawlessly blue sky, walking down Madrid's answer to Broadway, the Gran Via, built exactly 100 years ago. It took much less time for another momentous event to take place this very week: Apple passed Microsoft as the world's largest technology company, based on market capitalization. As luck would have it the company's latest venture, the iPad, had just premiered in Spain so when I reached the mid-point of the avenue, Plaza del Callao, I looked at the FNAC store (Europe's equivalent of Best Buy) and, although not a sucker for gizmos, I decided to try my luck: maybe there wouldn't be that many people and I would be able to see with my own eyes what the fuss was all about. I was in luck: of the three iPads available for customers to play with, one was free so I ravenously hurled myself onto it. Many better qualified people have already reviewed the tablet so there is little point for me to add my voice to them. Suffice it to say that apart from the rotation feature which tended to be quite slow when it worked, and the question about whether one would want to watch a movie or read a book on a screen smeared with finger marks (unsure how a long time spent on the screen is easy on the eye, either), I found the device quite alluring. Thin, compact, easy to manipulate with an excellent user interface. No small wonder Apple fans went mad about it, even if it is quite pricey, especially when taking into account all the accessories that, manifestly, one can only buy from Apple.
On the way out of the store and as I walked to my lunch appointment I couldn't shake off my admiration: here's one high-tech company whose success is entirely justified by the great products it makes. How ironic and entirely justified that it overtook Microsoft,  it of the dreadful products one has become so used to. Have we become such masochistic customers that we see nothing of constant crashes, virus attacks and poor functionality that for so long we made Microsfoft into the most valuable tech company in the world? What's wrong with us? What's wrong with them? How come that Apple keeps remaining so innovative, churning out great products one after the other, when Microsoft consistently fails? Office products were all copied from the likes of WordPerfect and Supercalc or bought such as PowerPoint, Windows Vista was an utter failure barely redeemed by Windows 7. Bill Gates' company spends year in and year out north of $6 billion on R&D, and what do they have to show for it? They can't even fix the security issues that makes using their software such a headache. Just like their corporate equivalent, Oracle, which spent billions of dollars to develop business applications through the '90's and mid-2000's only to end up buying their competitors as it realized it was throwing good money after bad products. What is the issue here?
I don't presume to have the answer, but there's clearly a special alchemy missing in Redmond/wood and which Steve Jobs has hit upon: innovation spirit, risk taking, dedicated product managers, enthusiatic customers (actually Apple customers have become so loyal that they behave more like fans) all the right ingredients are repeatedly mixed to produce the same results: great products people are willing to spent a whole night out in order to be the first one to buy them. Will the secret recipe go sour one day? Maybe, probably (remember that back in the 1980's Apple had a near-death experience) but in the meantime the going can't get any better. Or can it?