#StopBullying: Naming and shaming companies that use bullying as a management technique 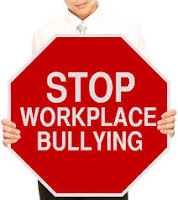 PARIS
How ironic that it it was on May Day, International Labor Day (except in some exotic countries such as the U.S. of A.) that an article was published in French satirical weekly, Le canard enchaîné, denounging bullying by employers. This is a great piece of investigation as it provides concrete examples of how a French multinational, banking giant BNP Paribas (BNPP), sets about mentally torturing the employees it wants to get rid of on the cheap (a screnshot of the French-language article is provided below.)

For non-French readers, here's a recap of the most egregious acts of such a lovely management practice:


Nothing new under the sun, you might say. Nine years ago, almost to the day, I published High-Tech Planets: Secrets of an IT Road Warrior, where I denounced  such corporate shenanigans by the French subsidiary of an IT multinational. Actually I even dedicated my book to the vicitms of such corporeate behavior. How sad to see that such a practice continues unabated.

In the case of BNPP, it is unclear that the bank reached its objectives of saving on layoffs. Unlike a decade ago, employees can now initiate legal action with greater chance of winning and some BNPP employes did just that quite successfully. After taking his case to court, the employee whose bonus was refused ended up getting €150,000. The one who was demoted was compensated to the tume of €351,000. As for the employee who was let go because of his sexual orientation the court awarded him a  whopping €600,000.

Which beggars the following thought: Wouldn't it have been better for BNPP to do the decent thing? There is nothing intrinsically wrong about reductions in force if current business circumstances so dictate: have an honest communication with affected employees and, if they have to be let go, pay them what they are owed. Same thing for low performers. Don't wait until the end of the year and the start of the appraisal process to "discover"somebody has been performing poorly throughou the year. If you do, it's the manager than who should take  the rap, not the employee. Find out why the employee is unable to reach their objectives (maybe those are unrealistic) and, if push comes to shove, and it becomes impossible to  retrain them/get them another position in consonance with their abilities, then sure let them go...compensating them as the law dictates. 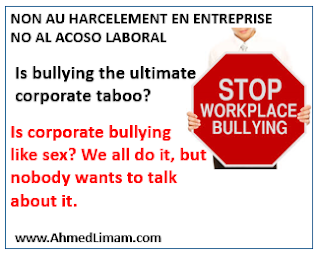 Before this virtuous behavior becomes ingrained in corporate life, I'm afraid many more employees will go through hell, some even committing suicide (I had such a case in my book - a star in the company who was left no choice but to take their own life), many more court cases and newspaper articles will emerge, more naming and shaming will be necessary.

Last year it was #MeToo denouncing sexual harassment. This year it's #StopBullying. 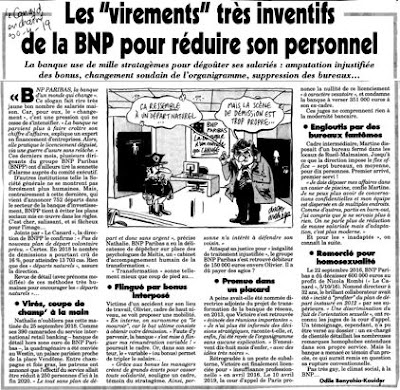