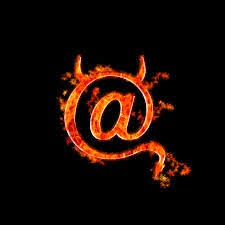 PARIS
If you liked the 35-hour workweek, then you'll love the ban on after-office-hours email which has become law in France this week (actually it is an agreement between business and union which as such as the force of law.) Since there is little doubt that many employees are overworked and stressed out  anything that could restore a healthier work-life balance can only be applauded. Few people realize that France, supposedly a worker's heaven, is also home to frequent corporate suicides.

There is clearly a cultural bias here. Whereas in Europe in general, and in France, the country of la joie de vivre, in particular, work-life balance is seen as enhancing workers' rights, in the United States, the country of 24 x 7 business, it is considered  a cost on business.

First, let us clarify what this new policy is all about. It does not apply to all French employees, only to those working in consulting and technology companies, therefore at most one million employees. Actually, when you take into account executives (cadres) who do not have a strict work schedule, probably just a few hundred thousand employees will be impacted by this law. Of course, nothing can prevent the current administration from extending the law to all French employees, say, before the next election, when it is desperate to emerge from the abysmal approval ratings it has sunk into.

Second, enforcing this law is not going to be easy. Actually almost impossible. There are so many ways to circumvent it that one wonders why they even bothered to adopt it. For example, even if you are one of those employees prevented from sending email after 6 pm, nothing can prevent you from copying  on a thumb drive any documents you need, go home, work from there and then shoot an email from your private email address. People have been doing this for years, and will now be encouraged to do it even more.

Then, there is the case of those road warriors, especially when traveling across time zones. It may be 6 pm in Moscow, but because France is a couple of hours behind it means you still have a few more hours to shoot that criminal message before your email server goes dead.

And, of course, nothing can stop you from writing zillions of messages offline, and the next morning, as the email server wakes up, it'll find itself busy dispatching tens of thousands of messages which  will create even more anxiety, pressure and workload on the recipient workers.

So, why is the government (in France no labor agreement happens without the state's blessing) bothering about a law which for all practical purposes will not protect burnt-out employees, but can work as a disincentive for foreign investors in France? The problem is the disconnect between politics and business/technology. No matter how fast you adopt a law, it always lags behind technological advances which are so much faster.

If government bodies had any idea of what the business world REALLY looks like and how disruptive technology can be, they would not stop at email. What about social media? Government should also stop corporate employees sending business-related tweets, or updating information on LinkedIn. And yet, none of this is contemplated.

And what about business software? A lot of the work that people do now is done through ERP-type systems many of which can be accessed via the cloud anywhere, anytime. As a manager, you can still finalize a performance appraisal after having served dinner to your children. You could check on the recruitment status of some job vacancies in your team after having watched your favorite TV show. Again, the law does not  even seem to realize that such technology use is even more prevalent than email and can impact a worker's work-life balance even more significantly.

Worse, as I mentioned earlier, this new policy could have an adverse impact on workers by reducing the number of jobs available to them. Just as I have never known in my adult life France with a balanced budget, I have rarely seen an unemployment rate lower than 8% or 9%, it usually hovers around 10%. This new law is not going to encourage companies to hire more workers in France; and, honestly, what kind of work-life balance are we talking about here when we know that without work you don't have much of a life?

In summary, this new law won't change much. It will just add more compliance costs to companies, deter foreign ones from hiring in France and put even more pressure on employees to do more within the 9-to-5 work  schedule, thus achieving the exact opposite of what it set out to do.

Oh, mon Dieu! I am posting this business column on a Sunday. I am in full violation of French labor laws that forbid work on  the Lord's Day. If you don't hear from me in the next couple of weeks, that will mean that the Labor Inspector has knocked on my door and I am languishing in jail for contempt of the laws of the Republic.