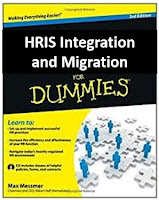 Most discussions on implementing a new HR system, which for the past years has meant a cloud-based one, tend to focus on the functional side of things, that is business requirements as covered by a single system. Discussing what processes will be re engineered or moved as-is, what system to evaluate and select or even how to overcome change resistance are often considered as nobler than the nitty-gritty  technical aspects usually referred to as “integration”, although I prefer interface since that is what it is: interfacing to third-party.

In the brave new world of cloud systems, the assumption touted by most vendors has been that the integration conundrum would be solved by the native vendors in a much more satisfactory way than it was in the dinosaur era of traditional ERP. Well, nothing is farther from the truth if only for two simple facts:

1. In my 20-year experience of the HRIS world, I have yet to seen a company (and certainly not a global one) using a single platform for all its HR needs.

2. From time immemorial HRIS vendors have each had their own data model and despite all the talk about convergence that is still the same basic reality.

So, how should you go about integration when embarking on a new HRIS project? First you need to realize that there are several tasks/phases that make up implementation activities. This post will focus on the ones mentioned in the title: Integration and Migration. Second, these two tasks tend to be considered as "technical" but the business impact is such that it would be counterproductive for SMEs or the business side of things to relinquish full control

INTEGRATION
Deciding what is in scope and what is out is one of the most challenging issues in any HRIS project. If you overindulge yourself you may bite off more than you can chew, a recipe for disaster. But leaving too much out (Recruiting*, Payroll, Time Management*) means interfacing to all these different systems and that's where the big headache starts: How to make different systems with different data models talk to each other in a meaningful way?

Particularly vexing is the situation faced by many companies  which have never had a single global HR system of record and whose users realize that moving to the cloud means having, at least, two systems where they previously had one: the old single HR-cum-payroll system now becomes a modern, cloud-based HR system interfaced to payroll. Where I used to create my positions, hire employees, define their compensation, and produce their payrolls in one tool, now  I have to do it using two user experiences. Toggling back and forth between two tools may be considered by many as a step back.

To ensure user adoption and minimize risk, pay particular attention to the following: 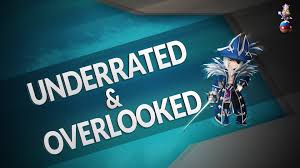 MIGRATION
Since I'm writing this piece having dummies in mind, I may be stating the obvious for many but I am still surprised at how many people confuse the two terms and activities. Although the two may overlap they are fundamentally different: both relate to sending data from one tool to the other, but they do it at different phases of the project: Migration is about loading data before you go live (it is therefore a one-off exercize) whereas Integration sends data on a constant basis after Go Live.

As with Integration, some major decisions have to be made, carefully weighing thepros and cons of each:

As you can see from the above examples, the impact of misguided integration and migration decisions can hamstring your business quite significantly. Undervalue these twin sisters at your own peril. To paraphrase a well-know expression, Integration and Migration are too serious issues to be left to IT: HR, as the face of the business, should own it and pay particular attention to it in order to maximize chances of success.

**The blogger, in his Advisor/Consultant/Project Managercapacity, is currently busy with the post-design phase of one of the largest Workday projects in the world for which he has been clocking in an impressive amount of frequent-flyer miles.