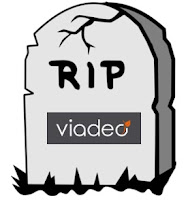 In a  recent op-ed on the current French president's disastrous term and abysmal approval ratings (4%, if you can believe it), the New York Times refers to the hapless François Hollande as the living dead: who continues to be politically alive although he has actually died. The same can be said of another French institution, this time in the technology space: business social media Viadeo which had aimed at revolutionizing many aspects of HR.

For most global users of professional social media, there seems to be only one name: LinkedIn (although Facebook is bound to become a formidable competitor as it announced this week it was entering the job postings business.) But in many countries there are local players that cater to the requirements of a niche market. Xing is popular in German-speaking countries, Weibo in China and, for a while, French-based Viadeo looked promising. Unfortunately for  the latter, who was created in 2005, the same year as Workday, its trajectory has been the exact opposite of the HR-cum-finance SaaS vendor: whereas the Pleasanton-based company has gone from strength to strength,  the Paris-based company has seen its prospects get dimmer and dimmer, especially in the past few years to the point that last week it requested to be de-listed in an attempt to stop its stock price's free fall.

Sad as it may be, this has come to no surprise to me. For quite a while now I have been advising investors to stay clear of this stock. Several of those who followed my advice sent me last week email messages telling me my advisory fee was money well spent, while others may rue the day they decided to take the risk.

So, what went wrong with Viadeo? Why couldn't it follow in the footsteps of highly successful French unicorns such as Criteo (Disclosure: a former HRIS client) and Blablacar? The reason can be found in several mistakes Viadeo made.

First, it never managed to provide the depth of functionality that LinkedIn does. Viadeo was for a while not more than an online Rolodex  with basic messaging and job features. And it had the gall to try and charge you when LinkedIn would get you like-for-like features for free.

Second and worse, although the two  companies were established within a couple of years from each other, Viadeo thought LinkedIn would remain US-centric and that Viadeo could be its European version and even compete globally. Unfortunately most initial Viadeo users, including yours truly, quickly realized that the same people who were on Viadeo were also on LinkedIn. So why duplicate the effort?  A choice had to be made. If you work in international settings many of your contacts will be  on LinkedIn only, That simple observation signed the death knell for Viadeo in my opinion. I left it and never looked back.


Early this year I conducted a workshop for the localization of a global HRIS with a client based in France and when discussing employee records and associated data, somebody mentioned Viadeo as a social media that maybe should be tracked because many employees are typically French and use it to the exclusion of others. However, they couldn't give me an exact figure on how many users were exclusive Viadeo users. Knowing that most global HRIS vendors wouldn't have Viadeo as part of their standard offering I was reluctant to include it. But, at the same time, I didn't want to ignore what could be a legitimate request. So, I took a quick poll around the room. The 35 people in the workshop were all French, based in France, belonged to the various group entities. "How many have a Viadeo account?", I asked. Only two raised their hands,and one then added, 'But I haven't updated mine in years." "How many have a LinkedIn account?" All raised their hands. That sealed the fate of having Viadeo in the French localization of the global HRIS project.

Third, LinkedIn became global so much faster and signed up so many users that Viadeo soon faced the network issue that any competitor of a social media is well aware of: if everybody is on LinkedIn, why bother  about Viadeo?

Viadeo could then have positioned itself with brilliant functionality (which it doesn't have - I did an in-depth analysis for my investor clients: it can at best be described as adequate). And God knows that the heavy user of LinkedIn I am (especially in the HR Technology Group discussions) can point to many shortcomings of LinkedIn that Viadeo could have capitalized on by bringing better features. But it seems that Viadeo has no sense of what competitive intelligence is.

Viadeo could then have tried to expand in some large markets outside the US to become a credible alternative to LinkedIn. Here again, total failure. To mention just two BRICS countries, it had to pull out of China ignominiously and, as for Brazil, its branding was a total disaster. Couldn't all the money they raised from investors be used on some marketing studies that would have told them that Viadeo sounds in Brazilian Portuguese like the  local word for "faggot" and that few, if any, Brazilian professionals would boast of being on "Viado"?

The business model between the various professional social media is also revealing: LinkedIn relies more on advertising, whereas Viadeo has a complex subscription model. Now, who in their right mind would pay, even if a few dollars, for what can be found largely for free and better somewhere else?

In 2013, less than a decade after it was established, Viadeo was surpassed on its own turf by LinkedIn. Instead of being a wake-up call to its management, they continued with their usual mix of hubris, delusion and denial, dreaming that Viadeo could oppose the laws of gravity until Doomsday. Well, Doomsday has arrived.

Put all of this together and you quickly realize that investing funds in Viadeo was throwing good money after bad, and for a company or a professional user, a complete waste of time. One more technology company to go join My Space, Netscape, Orkut* and soon Yahoo in the cemetery of deluded, badly managed, acquired or failed software/internet companies.


*Just a few years ago, Orkut was all the rage in Brazil before everybody migrated to Facebook. Many people don't even remember it once existed

NOTE: Although the analysis in this post shares some of the findings presented to investor clients, it remains the intellectual property of Ahmed Limam and as such cannot be reproduced in any form without  his written permission)