Of Switzerland, the country, its HR practices and technology landscape

ZURICH
I have been visiting the Alpine country for a good decade and a half now, with a strong focus on the French-speaking area around Geneva and Lausanne. In the late 1990s I was a frequent rider on the Paris-Lausanne train visiting a client, La Suisse Assurances, to help them move to a package HR system (that ancient insurance company is no longer, its parent company, Swiss Life, having decided to fold it several years ago.) I still remember vividly my favorite restaurant, le Vieux-Lausanne, at the foot of the cathedral, for its delicious food. Then, in the early 2000s, I would become a frequent traveler to Geneva, where Oracle's European headquarters is located, for internal meetings and customer presentations, especially at UN agencies; I dedicated a full chapter to Geneva in my book, High-Tech Planet.

The German-speaking part, though,was largely unknown territory to me until last August when I set up camp in Zurich to help Credit Suisse, the country's second largest bank,  on their new HR system. This more intense exposure to the country has given me further insight on what is one of the most original countries on earth.


Politics: Swiss exceptionalism
For someone used to the continental size of the US or Brazil where, despite the huge landmass and population, a single language prevails, diminutive Switzerland with its three main languages (German, French and, in one state, Italian)* can be puzzling. And yet, despite ethnic, religious and linguistic differences, Switzerland is a haven of peace, prosperity and serenity (and also, let's face it, at times stultifying dullness) unequaled anywhere else on earth. A lot of it has to do with its unique system of (semi-)direct democracy, which those of us who suffer from renewed gridlock in the US or stagnation in France under the most incompetent and despised president in history can only envy. In Switzerland, no topic is too important not to ask citizens to vote on it. This month, the question is whether the country's central bank should increase its share of assets held in gold from 8% to 20%. In any of the mock-democracies of Europe and North America, the decision would have been taken by a politician or an obscure committee behind closed doors. Not in the Helvetian Confederation where the people are asked to vote on what may sound as too an arcane topic to most. I always wondered why I never see political protests and demonstrations in Switzerland. Now I know why. Who are you going to protest against? Yourself? Your neighbors? Most decisions are made by citizens directly, you can't blame anybody but yourself if you aren't happy with the results. (I have always been a keen advocate of direct democracy, those interested can read my post,"Technology-enabled Democracy 2.0.")

Global business: punching above its weight
Except for the Netherlands, which has twice its population, no other small country in the world boats such a roster of successful global companies: Roche and Novartis (pharmaceutical), Nestlé (food), UBS and Credit Suisse (banking), Adecco (staffing), Swiss (airlines) are world class champions. This success lays to rest the cliché about the Swiss excelling only at clocks and chocolate, although some of the challenges facing the banking industry with the looming end of banking secrecy will have a not insignificant impact on the overall economy.

Rules-based engine
Another key feature of the Swiss national psyche is the strong, almost obsessive, adherence to rules. Peter Ustinov, the great actor/director/writer, who lived many years in Switzerland, once said, and quite accurately so, "In Switzerland, everything is either mandatory or forbidden; nothing is optional."  Woe betide you if you dare cross the street with the red light still on, even if there is no incoming traffic for as far as you can see. I mischievously jaywalk from time to time just to see how many Swiss will get a stroke at the heinous crime I am committing. And don't you even consider being late at a meeting; I know of an employee who was fired for his tardiness. For the Swiss punctuality is up there with cleanliness, motherhood and apple pie. It also helps that their public transportation system is amazingly efficient and in this town trams, buses and trains run on time. I have yet to witness a tram that didn't pull into its stop at the exact time advertised on the monitor. In comparison with another country I know well, Brazil, Switzerland is the anti-Brazil in every respect. Whereas a Swiss takes their job very seriously (the worst insult you can throw at a  Swiss is, "You are not professional!"), telling the same thing to the average Brazilian will elicit nothing more than a hearty laugh and a shrug.

Small wonder then that managing Swiss companies requires quite complex HR rules made even more so by the decentralized nature of the country where every state (or canton as they are known here) is quasi-independent and sets its own rules. 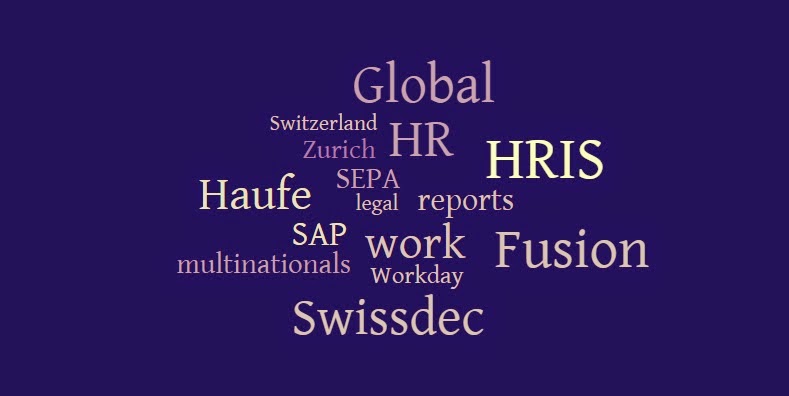 Small country but specific requirements
Of all Swiss statistics, one figure stands out: the traditionally low unemployment rate which, in 2014,  is around 3%.  Labor-market tensions are not going to improve with the greying workforce since more workers are retiring than are being replaced by young arrivals. This explains the high proportion of foreign workers in Swiss companies, and not only in border areas, but all over the country. Another reason for the strong reliance on foreign workers is the presence of many multinational companies (along with international governmental organizations such as the UN in the Geneva area) and the fact that Swiss mid-sized companies tend to be  strong exporters.


It is worth specifying that although Switzerland is not part of the EU, most of its trade is with the EU, many of its workforce comes from EU countries, as mentioned earlier, especially neighboring Germany, Austria and France.  As part of an agreement with the EU, there is a free movement of labor between Switzerland and the EU (it remains to be seen how a recently held referendum will jeopardize this arrangement).


HR vendor landscape
Although Zurich hosts a prestigious technology university (ETH) and  is a research hub for several technology firms such as Google, Switzerland has not sprouted strong local software firms. Actually über-technology firm Amazon is not even present in Switzerland since its small size, difficult terrain (all those mountains are a transportation nightmare) and prosperous citizens do not justify the investment. As can be expected, neighboring Germany's SAP,  reigns supreme, especially in the German-speaking majority area. The only Swiss software firm of note is talent-management vendor Haufe (based in St-Gallen, home of another prestigious university) whose Umantis offering is one of the few, if not the only one, in Europe to have been developed organically.


This most conservative of countries is moving its HR systems to the cloud at a glacial pace as legacy vendors are finding out. Oracle's Fusion implementation at banking giant UBS has been beset with product-quality issues that have delayed the go-live date several times. Workday, on the other hand, a virtual unknown this side of the Alps, without even a local presence, has managed to  sign up a couple of local companies including well-known travel firm Kuoni.

As we move into the second half of the decade it will be interesting to see how Swiss on-premise customers migrate to the cloud and, in doing so, which system they select. So far, no single unchallenged winner has emerged, so the market is still up for grabs.


*Actually, there is even a fourth national language, Romansh, spoken by a small minority. Speaking of languages, it is interesting to note that whereas Swiss French is quasi-identical to the one spoken in France, Swiss German is a dialect that differs markedly from standard German (Hochdeutsch). Adding to the complexity, Swiss German (Switzerdeutsch) is only spoken whereas standard German is the one used in writing giving a sense of Swiss schizophrenia

NOTE: It goes without saying that the opinions expressed in this post are the blogger's only, and do not reflect the position or  policies of Credit Suisse or any other Swiss company I have been/am associated with.